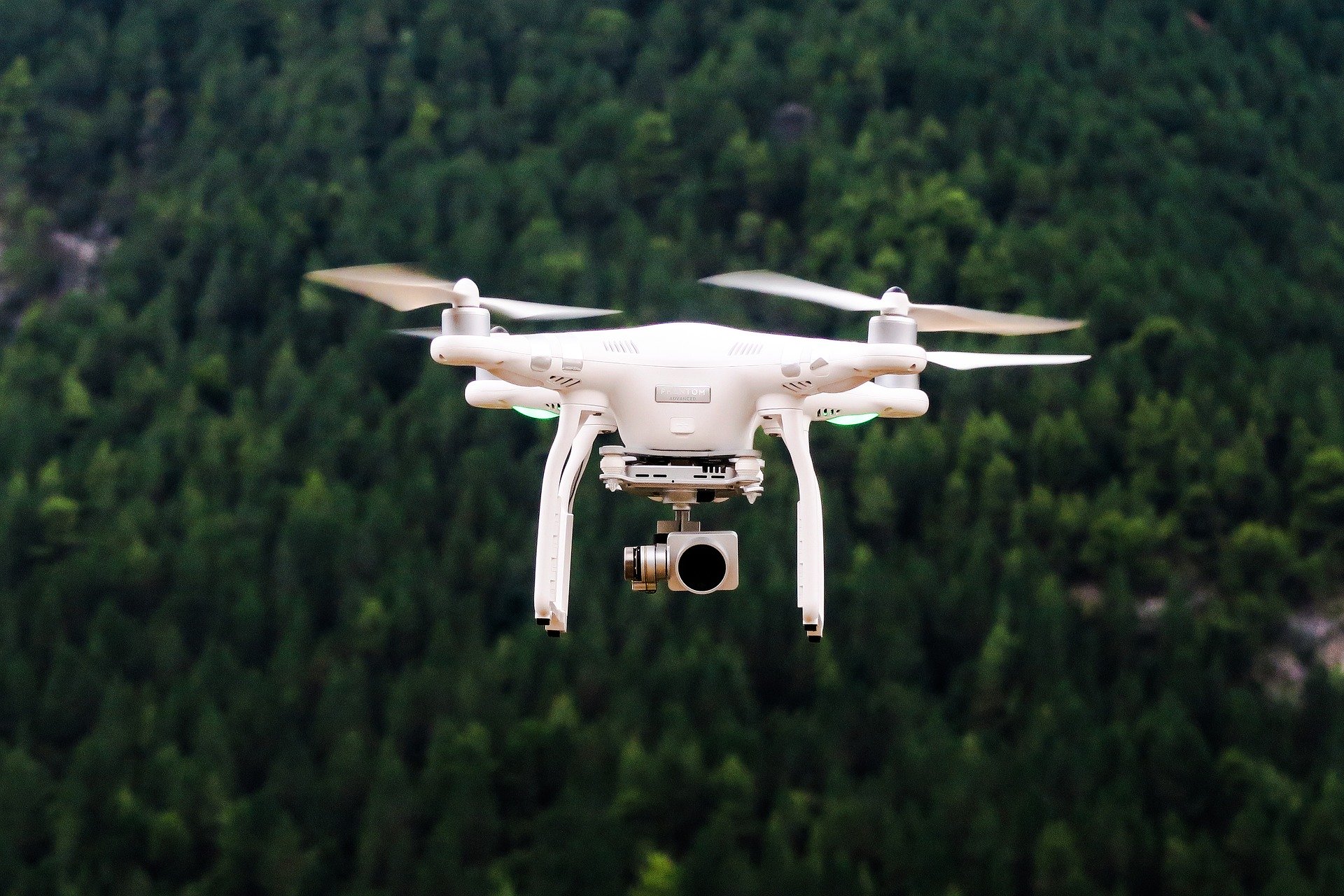 The aerial photo of the Dallas meat packing plant that set off a federal investigation, from sUASNews.com.

As of the first of this month, taking aerial photographs of someone's land in the state of Texas, without the landowner's permission, is punishable by up to $2,000 and 180 days in jail, each time such a photo is distributed. Journalists are not exempt from this law.

HB916 (pdf) was signed into law by Governor Rick Perry on June 14. It includes the following rules, which all apply to drone journalists. Those hoping to practice, or who are currently practicing, drone journalism in Texas would do well to study these words:

Sec. 423.003. OFFENSE: ILLEGAL USE OF UNMANNED AIRCRAFT TO CAPTURE IMAGE. (a) A person commits an offense if the person uses an unmanned aircraft to capture an image of an individual or privately owned real property in this state with the intent to conduct surveillance on the individual or property captured in the image.

The law also applies to photos taken in public places, at an altitude greater than eight feet above ground level (AGL).

That doesn't begin to account for any civil action that is authorized under the law. In a civil suit, a property owner could collect a maximum of $5,000 for any photos made in a single incident, and up to $10,000 for illegal photos that were disclosed, displayed, or distributed. For individual plaintiffs, the maximum award tops out at $50,000.

Republican state Rep. Lance Gooden, who introduced the bill, told the Associated Press that the law wouldn't apply to journalists:

Gooden said the law won’t affect journalists because covering news doesn’t meet the definition of surveillance. And the hobbyist’s discovery of pig’s blood would fall under exceptions that allow drones to hunt for environmental hazards, he said.

That's also the opinion of the House Research Organization (HRO), who wrote in a bill analysis (pdf) that journalists would be exempt, as long as said journalists are not conducting "surveillance" or "monitoring":

Journalists, filmmakers, photographers, those who use satellites, and others would be criminally or civilly liable under this law only if they were taking photographs for the purpose of surveillance and monitoring. Any other use would continue to be legal and their businesses would be unaffected.

But what constitutes surveillance, in the context of a journalism investigation that seeks to uncover illegal activity? What about environmental monitoring? There is nothing in the bill clarifying these definitions. And while exceptions are given to law enforcement and universities, there's nothing explicitly protecting journalists from fines and jail time.

‘HB 912 is content based,’ she said. ‘Imposing criminal and civil liability based on content is subject to the most exacting scrutiny, and requires the state to show that the regulation is needed to serve a compelling state interest, and that it is narrowly tailored to serve that interest.’ Calzada pointed out that the U.S. Supreme Court has repeatedly held that if a newspaper obtains information on a matter of public concern lawfully, they cannot be punished.

It's important to note that this, the harshest anti-drone legislation in the country, has come from the state where a citizen's drone uncovered a meat packing plant illegally dumping blood into a river.  Residents living near that area had complained for some time about the stench emanating from the river, before a state investigation fined the plant and ended the illegal dumping.

The story about the drone and the meat packing plant, which originally was published by sUASNews.com, has since become legend in the world of drone journalism. Under this new law, it becomes hard to imagine a drone journalist being able to do any similar environmental investigation in the state.
Posted on September 15, 2013 by Matthew Schroyer